The FC Barcelona Museum at Camp Nou is the second most visited museum in Barcelona. It loses out only to the Picasso Museum. 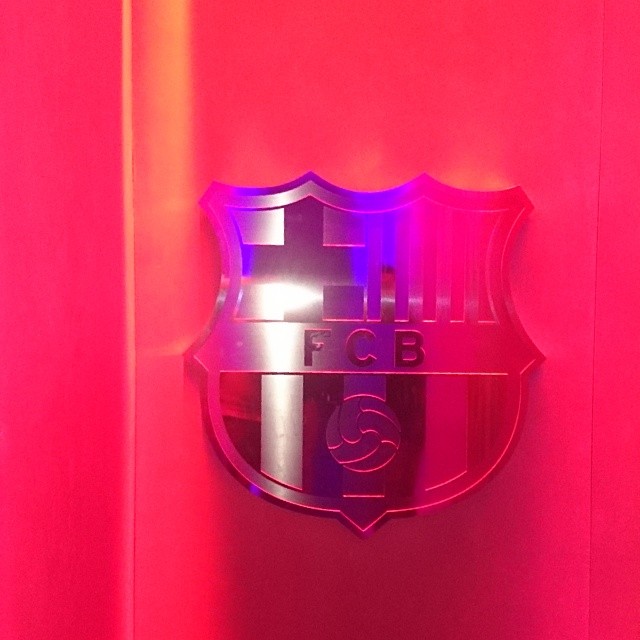 That shows you just how important football is to the city, and how many people venture to the grounds to discover more about this legendary team.

The Camp Nou Experience combines a collection of stop offs throughout the stadium, including a view of the pitch, the player’s tunnel, and the visitors’ changing rooms, but the most fascinating part of the tour is the Camp Nou museum.

Inside this educational vessel, there are hundreds of interactive displays that showcase the history of the club, including player successes, trophies, and stories from times gone by. If you want to get to know the Barcelona football team on a level that goes beyond cheering fans and sold-out games, you might want to check it out.

A trip to the Barcelona football museum goes hand in hand with the Camp Nou experience, and unfortunately you can’t visit it on its own – you have to buy a ticket for all the stadium attractions. This doesn’t really matter, though, as the museum is well worth the investment alone.

The History of the FC Barcelona Museum

The museum boasts a rich history that dates back to 1984, when it was opened under the presidency of Josep Lluis Nuñez. It went through a name change or two before it was restructured and opened as it is now on 15th June 2010.

After much planning and deliberating, the museum was split into three sections (see below for further details), and was decked out with interactive displays, brand spanking new touch screen TVs, and 3D cinemas that show the club’s history and other fascinating football information.

Today, it provides a space where football fans (and even those who are ambivalent about the sport) can get a feel for the passion behind FC Barcelona, and learn about the story of its overwhelming success. The modern day fixtures and fittings are a nice touch, and keep visitors busy for at least an hour or two.

This is the largest part of the museum and offers a chronological walk down memory lane. Here, you can learn all about the growth of the club since its birth in 1899, including its most famous wins, its biggest failures, and the collection of well-loved players its seen along the way.

The display features a mishmash of printed information, videos, and documents that come together to create the big picture. Ideal if you’re a bit of a history buff, and perfect if you’re hoping to touch up your knowledge of the team.

Perhaps the most eye-catching thing about the museum is its wall-to-wall trophy cabinets that are packed full of shiny trophies and medals that span decades.

You can catch a glimpse of the Champions League Cup here, and even get a photo snapped with it (though this will set you back €13 if you want to buy the photograph at the end).

But even if you’re not a shiny-object enthusiast, the huge collection of trophies in all shapes and sizes is enough to raise an eyebrow.

There’s a whole section dedicated to all sorts of football related memorabilia and ephemera. In fact, some of it isn’t even related to football at all. Expect to browse things like old table football games, trophies from other local sports, and a collection of prints and artwork dedicated to the museum and football team (look out for pieces by Dali, Miro, and Tapies, which were created especially for the team).

In this section you’ll also come across the very boots that Ronald Koeman wore to score the winning goal in the European Cup Final in 1992. This wasn’t just any goal. This goal was scored in the 111th minute (21 minutes into extra time) and won Barcelona their very first European trophy.

The final leg of the museum is a constantly changing temporary exhibition. Here, you’ll find displays that showcase histories of individuals (like Joan Gamper – the man who founded FC Barcelona), and art shows dedicated to football and the local team. It’s pot luck what’s on in this exhibition room, so check out the website beforehand to see what you can expect.

Tickets for the museum have to be bought as part of the Camp Nou Tour package, which costs €23 for a standard ticket.

You can pick up an audioguide at the start of the tour, which will give you extra information on the displays in the museum and the history of it. Audioguides are an extra €5 and require a deposit in the form of ID.

The museum is open from 10am-6.30pm every day of the year except 1st January and 25th December. The last admittance is at 5.45pm, but you’ll want to set aside at least an hour to see all the exhibitions and the rest of the stadium.

The museum is one of the only parts of the tour that remains open on match days.